From The Center for Judicial Excellence:

It’s August Recess — and federal lawmakers are home in their Districts until Labor Day!

Now is your chance to get your House Rep signed on

as a co-sponsor of H Con Res 72 to prioritize child safety in family courts!

Join us for a one-hour advocacy training with Kathleen Russell, Executive Director of the Center for Judicial Excellence, and Connie Valentine, the Founder of the California Protective Parents Association to learn:

To RSVP for the ZOOM call, send your: name, county, state, phone number and email address to: gettraining@yahoo.com

You will receive a personal invitation via email after speaking with us to ensure that this call is a good fit for you! Together, we will do this!! 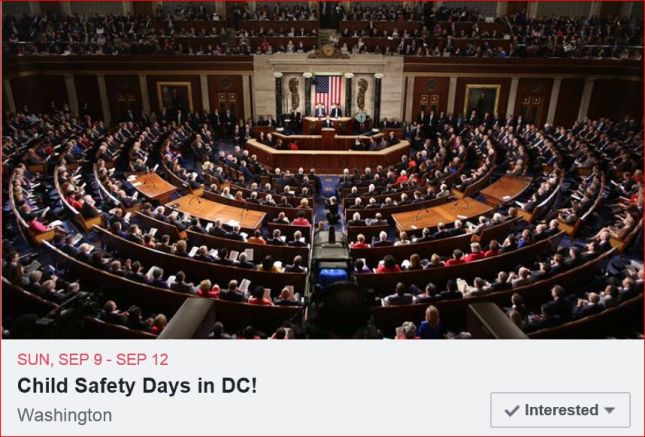 Also, join us this September 9, 10, 11 and 12 in Washington DC! We will train protective parents on Sunday afternoon to lobby for child safety in family courts and then fan out for three days of meetings to seek even more H Con Res 72 co-sponsors and supporters.

If you can get yourselves to DC, we can put you to work for child safety!

“A colleague of mine, Anne Stevenson, recently testified before the Connecticut legislature on behalf of good parents and ethical court employees who feared retribution if they spoke up themselves against the corruption, fraud and shady deals in Connecticut’s family court system.

The content of her testimony is critically important, and not widely understood, so I agreed to post it here to provide folks with a better understanding of how the “divorce industry” in Connecticut is ruining families financially, and subjecting children to dangerous custody arrangements.

Her proposed changes for reform, set forth below, were provided to the Connecticut legislature but are applicable to other states as well because the problems in Connecticut are systemic in American family courts.”

Click on above link for Connecticut Task Force December 10, 2013 video

As Ms. Verraneault spoke those words, most task force members probably dreaded the thought of volunteering their time for an extended period. Yet every few weeks, the task force meets, and another can of worms opens – with reasons to continue the study for as long as it takes.

Another can opened this past Tuesday, when Co-Chair Sharon Wicks Dornfeld spoke about her knowledge of  the use of “Private Special Masters” to hide tax fraud in Connecticut family courts.

She told the group:

Since the filmed meetings are available for public viewing online, there’s now public knowledge of a credible witness who knows about Connecticut’s attorneys and retired judges hiding tax fraud in child custody cases.

Judgments in those cases will need to be set aside, federal authorities will need to investigate, and Ms. Verraneault will have been proven right about how long all of this is going to take.