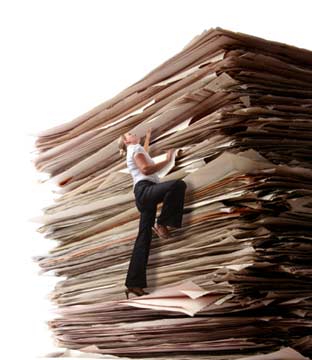 By Lara Brenckle, The Patriot-News

The Dauphin County coroner’s office announced Wednesday what Tammy Beltz said she’s known since May 25. Her grandson Jayahn Cox-Phoenix’s death was a homicide. Jayahn was found unresponsive in the bathtub of a home in the 3600 block of Chambers Hill Road on May 21, police said.

The coroner ruled Jayahn, 3, died as a result of freshwater drowning and traumatic brain injury, according to a news release.

Swatara Township police issued a news release stating they were opening an investigation into Jayahn’s death.

The district attorney’s office, the police and Dauphin County Children and Youth Services, which was involved in Jayahn’s life, declined further comment. No charges have been filed.

But Beltz, of Harrisburg, is talking. She said she has been even before the day her grandson, who loved walking to the store and afternoons at Chuck E. Cheese’s, died.

Jayahn, she said, was being abused. She had proof, she said, but no one would listen.

“I have 11 grandkids,” Beltz said. “I lost my grandson, and I feel like I failed as a grandmom because I couldn’t protect him.”

Born to Beltz’s daughter, Jasmine Cox, in 2007, Jayahn and Cox lived with Beltz in her Crescent Street home.

Stephen S. Dixon, Jayhan’s father, didn’t care for him until January, Beltz said. Initially, Beltz said, her daughter allowed Dixon to care for the boy on weekends. On March 21, Beltz said, Dixon took Jayahn and then refused to return him when the weekend was over.

Beltz and her daughter called police, but were told that with no formal custody arrangement and Dixon’s acknowledged paternity, there was nothing they could do.

Two days later, according to court documents provided by Beltz, Dixon lodged a child-abuse complaint against Cox with Dauphin County Children and Youth’s Childline. Those allegations were unfounded, Beltz said.

Throughout April, Cox and Beltz attempted to contact Jayahn and Dixon.

Those calls, Beltz said, either went unanswered, were blocked or answered evasively.

Beltz made several calls to CYS after reports from other family members and friends told her that Jayahn was being abused.

She said she never heard back from CYS on the findings of her family’s allegations.

“They never came out, never invited us to a safety plan meeting, nothing,” Beltz said.

In a last-ditch effort, Beltz went to Dixon’s home to try to get Jayahn back. The police were called, she said, and refused to let her take Jayahn.

Beltz called CYS during the incident to plead her case one more time, she said. She said she was told to stop bothering caseworkers with unfounded allegations.

The next day, May 7, Cox filed a handwritten petition for emergency custody.

“I also reported to Children and Youth about my son being beat,” she wrote. “I haven’t seen or talked to my son in over two months now. Every time I call and ask to speak to my son, he’s either asleep, not there, just left or half the time they don’t even pick up.”

On May 11, Judge Andrew Dowling denied the petition, saying the court “failed to see sufficient allegations of conditions or facts.”

A cell phone number for Dixon was disconnected.

A woman who answered the phone at another number, which Dixon had given in court papers, said Dixon would not be speaking to a reporter about his son’s death and told a reporter to never call her home again.

Beltz and her daughter are grappling with the loss. When she misses her grandson, Beltz plays the message Jayahn left on her phone in one of his last calls, about three days before his father took custody of him. It’s all she has left of him, she said.

“Why nanna not answering phone?” his baby voice asks his mother. Then the line goes quiet.