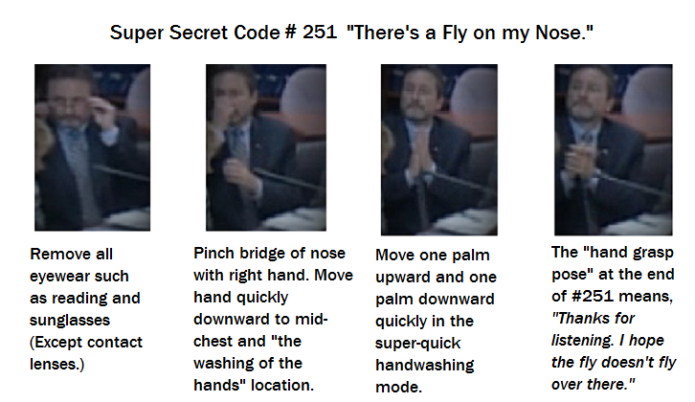 A Connecticut mother says she saw court vendors in her child’s case using strange gestures to communicate with each other in court.

On September 9, 2015, during a public task force meeting, a government employee used gestures that weren’t American Sign Language. He clearly communicated something to someone on the other side of the room.

What do those strange gestures mean? Nodding seems to mean, “Yes.”

Taking off glasses seems to be in preparation for some super-secret code of some kind. Some could reasonably suggest that in the context of the task force’s fact-finding objectives, nodding in the affirmative with a sad expression, swiping his nose, rubbing his palms together and clasping one hand over the other could mean:

“Yes. How sad. The fact-finding and data collection might finally reveal to the public where all those millions of dollars of state and federal funds went every year. That stinks. Get rid of the evidence. Thanks.”

It also could mean, “Yes. How sad. This fly on my nose bothers me. I’ll get rid of it now. I wipe my hands because flies carry germs. Thanks for listening. I hope the fly doesn’t fly over there.”

It’s tough to know what those gestures are when their meaning is a secret.

That’s why secret gestures and secret contracts don’t belong in any state where citizens need to be able to trust that judicial branch employees and vendors will spend taxpayer dollars wisely. And, after so many years of millions of state and federal dollars going to Connecticut family courts, a fairly decent family court system should be firmly in place by now. 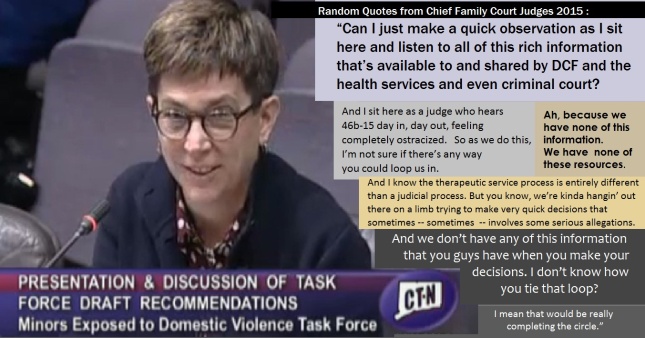 Where is that fairly decent family court system?

Needless to say, it will be most fortunate for the people of Connecticut if those gestures really are about flies.

2 thoughts on “Files or Flies?”