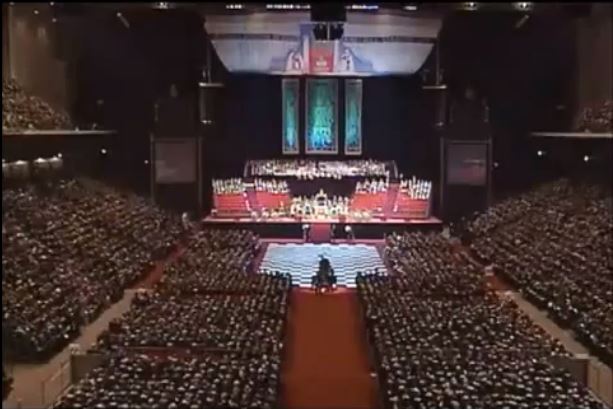 Those who keep secrets have silenced us and we’ve allowed it to happen. Secret organizations of a few people in each office, a few hundred people in each state, a few thousand in each country, and who knows how many thousand around the world, rule the rest of us. Decisions are made behind closed doors and we live like it will always be this way.

Some find some of this – or all of this – too much to think about. Some lose jobs for blowing the whistle. Those who can prepare for upcoming holidays prepare. We look forward to next week’s meeting, or next week’s game or whatever’s happening soon and most of us think, “Someone somewhere will make the world better. Make it safer. Make it a happier for everyone. I’m busy right now. Tired too. Tired from being so busy.”

I used to do that. Spinning my wheels all the time, until my world stopped spinning.

My attorney approached me in the hallway a few minutes earlier, just as he did a few weeks earlier right before another hearing to tell me, “If you don’t give me another $5,000, I’ll withdraw from the case today. Before the hearing starts, as soon as we walk in there, I’m withdrawing from the case unless you give me the money.”

He was my attorney. Attorneys get paid. My daughter’s life was in danger and I wrote the check. I didn’t think of it as extortion at the time. Now I know. It was extortion.

He and I walked into the small room to speak with my daughter’s Guardian ad litem. Someone closed the door and we sat down at the table. They both knew what happened. They knew my daughter’s father was dangerous. Everyone was afraid of him. They should have said was something like, “Don’t worry. This court will protect your daughter.” Instead, they mentioned the motions scheduled that day. They told me what time the hearing would begin, then, turning to each other, they acted as though they had planned a practical joke.

One said something like, “This child is in danger and no one can stop the worst from happening, right?” The other laughed. They laughed with each other and they laughed at me. They clearly enjoyed the sudden chill in the room. It took a few seconds for me to realize this was their game. I was their prey. They were dangling my daughter’s life in front of me.

Shocked, I didn’t respond for a second or two. Then I acted like I didn’t see what they had just done. I continued to pretend to not notice what had just happened and I lobbed the ball back into their court. They ignored my ignoring them and the conversation continued with nothing of substance said or done. We all walked out of the room and we all walked into the courtroom. From that point on, dissociation took hold. My ignorance had been pierced by the reality I then began to drift through. Crying and drifting with every wind so many others blew after that.

Mothers, fathers, grandparents, aunts and uncles in these cases all feel pretty much the same. Exhausted after the first few days of many years to follow, we sleep when we can sleep. Our deepest sleep is our only refuge. After a while, if we’re strong enough, we become our own F.B.I. We start to look for who, what, when and where.

Here’s some good news: Hard evidence of corruption is so easily found these days. Everything anyone wants to know about anything is online and, as a result, the obliteration of all kinds of corruption is now possible.

The only question that still needs answering is this: “Who allows the corruption to continue?”

Is it the owners/members of the private corporation that established family courts? Do they have a monopoly on the scope, methods and hoarding of most profits made in child custody cases?

Documentaries like the following seem to be everywhere online nowadays. Did Dianne Reidy, our House stenographer speak about what’s really happening in government?

Family court corruption has been around for more than three decades. Why so long? Are the authorities part of the good-ol’ boy network? Do those in authority allow the corruption as part of some secret Masonic conspiracy to ruin children and families, destroy everyone’s morals and get everyone to worship lucifer? (Seriously. Don’t laugh. A guy who looks like Uncle Fester and called himself “The Beast” wore a triangle hat and is in all these documentaries.)

Is the problem caused by a few thousand state and federal officials who happen to have sociopathic tendencies? Maybe they’ve reached the top by stepping on others on the way there. Maybe they pit everyone who is below them against each other to maintain control.

Maybe it’s simply a lack of oversight … or, maybe we have enough oversight and now we need more follow through.

Maybe it’s all of that.

Here’s good news that’s old news: We don’t need to look for who allows the corruption to continue. We already know who allows it. It’s been said throughout history in many ways by many people: Corruption happens wherever no one stops it. Sooner or later, the corruption will stop. It will happen everywhere in different ways and it will happen.

Every family court judge in every family court will promise every child a safe and happy not-for-profit childhood. It will happen. How soon depends on those who make it happen. If it turns out that Dianne Reidy was right, we absolutely have to make every October 16th  “Dianne Reidy Day”. She’s earned it.