Here is a recording of a protective mother’s meeting with her lawyer and two representatives from DHHS Maine this past August.

In this recording, the mother asks those present to communicate honestly in order to discuss very specific issues about her daughter’s case.

Mom says the Spurwink Clinic substantiated that her child was abused and that the clinic ruled out “coaching”.

The DHHS supervisor’s response?  He protects himself and defends his actions in this case. He talks about which words he used to decribe “coaching”. 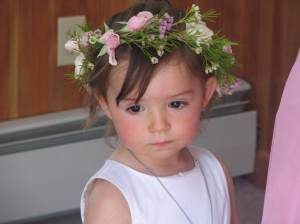 Mom says she’s not talking about which words were used to describe coaching. She says the reports say the abuse was substantiated.

The DHHS supervisor says mom is difficult to communicate with.

The tape goes on.

Did a DHHS worker in Maine lie to this mother? Did a worker in the Maine DHHS office say that office had “secret information” about the case and, as a result, decided there was no abuse?

Apparently, there was no “secret information” and it sounds like that DHHS worker was fired.

At 17:00, you can hear discussion of the DHHS’s interpretation of The Spurwink Clinic’s reports.

Two years have past since those reports were written. If the Maine DHHS offce is still looking for a clarification from the Spurwink Clinic, here it is:

One thought on “Where’s the FBI?”