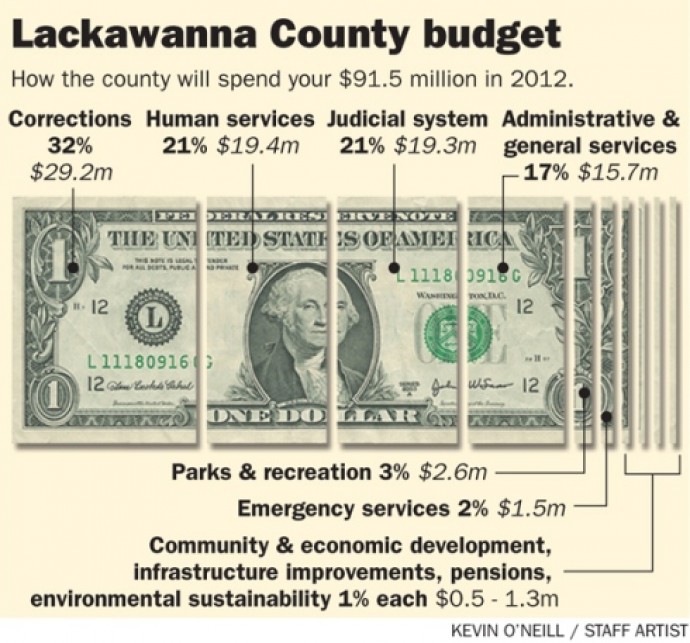 From The Times Leader:

SCRANTON – A group of parents demonstrating on Courthouse Square Friday morning across from the Lackawanna County Administration Building at 200 Adams Ave., Scranton, said they feel the county’s family court and guardian ad litem are the focus of an investigation by the Federal Bureau of Investigation.

The Administrative Office of Pennsylvania Courts defines a guardian ad litem as a “person appointed by a court to look after interests of a minor or incapacitated person involved in legal proceedings.”

But parents holding signs suggesting county officials “Toss Ross” and handing out literature about the county’s guardian ad litem system said that was not the case.

Olyphant resident Cherie Matassa said guardian ad litem Danielle Ross, who is supposed to represent her two children in a custody battle that began in March 2010, has not listened to their own wishes.

Matassa claimed that Ross forced her to provide visitation rights to her ex-husband, who she did not name but claimed is employed in Lackawanna County government, despite the children’s expressed wishes.

“I paid her to be their voice… She didn’t care what they said,” she said.

Matassa fears that she could eventually lose custody of her children because of the actions in family court, but a visit by the FBI to the Lackawanna County court administrator’s office on Monday gives her hope that such issues could begin to be resolved.

Efforts to reach Ross for comment at her office in the county administration building and by phone Friday afternoon were not successful.

When contacted earlier this week regarding the FBI’s search at the Lackawanna County Courthouse, Court Administrator Ron Mackay, FBI Special Agent J.J. Klaver, and spokesperson for the U.S. Attorney’s Officer Heidi Havens each declined comment on the nature of the ongoing investigation.

Dawn Lewis of Scranton claimed that her father-in-law’s working relationship with a current county judge prevented her from keeping full custody of her now-7-year-old son after his father died from cancer in 2010.

“My son was seen twice for a total of 22 minutes,” Lewis said. “During this 22 minutes, Ms. Ross came to her own conclusions and figured out what was best for my (then-) 5-year-old son who was grieving the loss of his father. She decided he needed to spend three out of five days with his grandparents. Custody? Visitation? No. That’s co-parenting, and that is not right.”

Lewis said she’s working to get a new court date after more than 18 months of legal battles. She believes that the FBI is looking into the finances of family court and that it “is only the tip of the iceberg.”

Another woman from Blakely also feels she was treated unfairly by the county’s family court system. She said Ross, her children’s court guardian, gave custody of her children to a man with whom she had a prior relationship.

That man, Maurice Wayne Hunting III, was charged Sept. 28 with rape of a child, involuntary deviate sexual assault of a child, indecent assault of a person under age 13, corruption of minors, and contact with minors involving sexual offenses, according to court records.

Charges were held for county court after an Oct. 5 preliminary hearing, and a formal arraignment was set for Nov. 18.

The woman, who is not being named to protect the identity of the alleged victims, said she hopes that an investigation by the FBI will end troubles in the Lackawanna County court system.

For the past 30 years, protective parents have begged family court judges to protect their abused children in child custody cases.  Unfortunately, according to family law in America, abusive parents have a more of a “right” to see their children then children have a “right” to be protected from parental abuse.

Today, our family court judges force approximately 58,000 children  into unsupervised contact with their identified abusers every year. And most people have no idea this is happening.

Where there’s an abused child, most people turn away. No one wants to talk about child abuse. No one wants to think that our family court system doesn’t protect children. The subject matter is too embarrassing for an every-day-kind-of- conversation.

However, where there’s money – people listen. People want to talk about saving money. Especially in this economy.

The FBI is now investigating the court in Pennsylvania. They’re investigating courts in Georgia and courts in a couple of other states too. Protective parents are using the words “tip of the iceberg” to describe these investigations and 21% of Lackawanna County’s budget is no small change.

Do the taxpayers in Pennsylvania care about children? Of course they do. But not enough people have been talking about saving children in Lakawanna County – or in any other state county in the nation.

Let’s hope and pray the FBI finds the rest of the iceberg in Pennsylvania, Georgia and in all the other states too.

Let’s also hope the public starts to talk about how the family courts waste taxdollars. Maybe we’ll save the lives of a few children in the process.

2 thoughts on “Parents Target Family Court -> Taxpayers should too.”