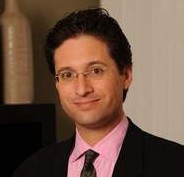 The United States’ Family Law system is barbaric, archaic and unenlightened, says Family Law Attorney Mark Baer, when compared to Australia, England and Wales’ legal systems. His comments reflect the changing attitudes in the practice of family law in Great Britain and Australia where divorcing couples must undergo mediation for child custody and/or financial issues to sort out most disputes before they can use the courts.

Meanwhile, in California, where Mr. Baer practices family law, the legislature recently made major changes that will increase litigation time and expenses while causing the divorce process to be more adversarial.
“It’s time for our government to affect a reform in the family law system to shift the emphasis from litigation, as the dominant practice, to mediation and collaborative divorce,” states Mr. Baer.
“Litigation is not only more expensive but it is also far more damaging to the family system which still has to maintain contact and function, to some extent, when there are children involved.”
Effective April 6, 2011, the British government will require divorcing couples in England and Wales to undergo mediation [for child custody and/or financial issues] to sort out most disputes before they are allowed to use the courts. In doing so, they are following Australia’s example where, in 1996, the Australian government took the lead in implementing the Family Law Act 1975 as its primary dispute resolution (PDR).
It recognized that litigation is usually a slow, expensive and adversarial process, and that in family law matters, this behavior may make it difficult for the child to maintain an ongoing relationship with both parents and for parents to maintain their ongoing responsibilities.
Since then, the law has evolved to require family dispute resolution (FDR) where all parties involved in parenting, financial issues or both, must make a genuine effort to resolve the dispute through an accredited FDR practitioner before starting a case. Failure to do so can result in serious consequences including costs penalties for non-compliance.
Mr. Baer points out that while many U.S. states have a “mandatory divorce mediation” requirement, it is generally limited to child custody and visitation matters. He further contends that this practice is not true mediation.
This is particularly true in California where mediation is required before a court will hear a child custody or visitation matter. In California, a variance in the law allows each county to enforce the mandatory mediation requirement in its own, unique way.
However, two states that he says do demonstrate successful Family Law systems are North Carolina and Utah.
“North Carolina is the first state to have a comprehensive domestic relations arbitration act, a collaborative divorce statute and mandatory medication (sic) rules,” Baer notes. “The Utah legislature passed a mandatory divorce mediation statute effective May 2005, and results have proven very positive in reducing court caseloads, fees for divorce and stress levels of litigants and attorneys.
“It’s fascinating that when other countries are plagued with the same problems in their family law systems, they embrace mediation, PDR and FDR for consensual dispute resolution,” says Baer, “which resolve most or all problems with litigation and courts in family law situations. Yet in the U.S., litigation and courts are the still the first choice for resolving family law disputes over alternative dispute resolution methods such as mediation and collaborative divorce.”
For the U.S. legal system to benefit the public, not the attorneys, Baer believes the government needs to step in to completely overhaul the court system making it more family-friendly and less costly to divorcing parties.
Mark B. Baer has practiced law in Los Angeles for nearly twenty years with an office in Pasadena, CA.

9 thoughts on “Family Law Attorney Calls for Court Reform in the U.S.”