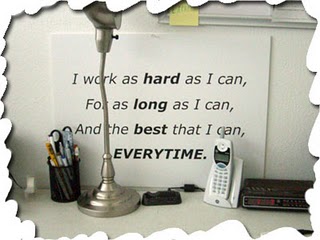 Is Emily Gallup the only one?  Is Emily really the only one working in that family court system who knows “… mediators were given insufficient time for mediation appointments and were allowed inadequate review of records and gathering of facts.” ?

Is Emily the only one who knows “…mediators failed to consider criminal history” ?

Is she the only one who knows mediators were “not allowed to consider such backgrounds while making recommendations in custody cases.”?

Or is Emily the only one who has the courage to speak up?

If you’re Emily Gallup, you do the right thing. In a nation of family courts with almost no oversight and no accountability, we could use a few thousand more people like Emily Gallup.

This is from The Union.com :

Two weeks after an arbitrator ordered an audit of the Nevada County Department of Family Court Services, court officials continue to review the ruling and prepare a response to it.

As part of his Feb. 6 ruling in a grievance filed by Emily Gallup, a former family court mediator who alleged the court had violated state statutes and its own rules governing the mediation process, arbitrator Christopher Burdick ordered a review of the court’s family law mediation programs and processes by an independent entity.

Gallup, who said she was terminated by the court during the ongoing arbitration case, was also awarded back pay and attorney fees by Burdick.

“Our attorneys are reviewing the award to determine how best to respond to it,” Superior Court CEO Sean Metroka said Friday morning.

“There are several elements in the award that have to be sorted out,” Metroka continued. “Among those, of course, are who to engage to perform the audit that the arbitrator ordered. Also, there’s negotiations ongoing about the attorney fees. So, we’re working through those things and I expect we’ll know more next week.”

Metroka also noted he could not speak to specific allegations of the case as “it’s a pending legal matter.”

Both sides must agree on an entity to perform the audit “(such as the Administrative Office of the Courts, the California State Auditor, or other professionals) to be retained by the court, solely at the court’s expense,” Burdick wrote in the award section of the arbitration ruling.

In her grievance, Gallup claimed mediators were given insufficient time for mediation appointments and were allowed inadequate review of records and gathering of facts. She also claimed mediators failed to consider criminal history, alleging they were not allowed to consider such backgrounds while making recommendations in custody cases.

Once Gallup raised these concerns to her supervisors, she said, she received reprisals and retaliations from the court and its officials.

The court argued all it did was “counsel her in good faith not for her complaint but for her actions (e.g. taking too long on her cases; violating directives and inconveniencing others by allowing mediation sessions to run past business hours; by not achieving as many agreements as her coworkers; failing to observe mediator restrictions on ex parte communication; and being insubordinate to her supervisor, as well as Family Law Judge (Julie) McManus).”

The court also contended that “Gallup’s refusal to follow the (court’s model for mediation) as a bad faith reaction to her disappointment at not being selected as director (upon her supervisor’s retirement), manifested in the immediate decline of her performance and acting disrespectfully to Interim Director (Carmella) Smith, challenging her authority and complaining about the (model).”

Most of Burdick’s ruling, however, went in favor of Gallup’s contentions.

“Emily Gallup had reasonable cause to believe that (the) court’s Family Court Services department had violated or not complied with state statutes and rules of court in regards to mediations required by the Family Law Code and the California Rules of Court,” Burdick wrote. “That the court took reprisal actions against Gallup for repeatedly raising and discussing these issues, but (Gallup) failed to prove, in the technical and legal sense, that she had ‘blown the whistle’ to a law enforcement agency or other outside party with enforcement powers.”

Burdick also ruled Gallup had failed to prove the court violated its “Policy Against Harassment,” as she had claimed, but did have reasonable cause to believe information disclosed a violation of state or federal statute or a violation or noncompliance with state or federal rule or regulation.

In Gallup’s favor, Burdick found the court had violated its own “open door policy” of the personnel manual, “by taking reprisal actions against (Gallup) when she complained to the Court’s Facilitator and (to) the Administrative Office of the Courts that the Superior Court had violated or not complied with state statutes and rules of court in regards to mediations.”

Contact City Editor Brian Hamilton via e-mail at bhamilton@theunion.com or by phone at 477-4249.

2 thoughts on “Is Emily the Only One?”