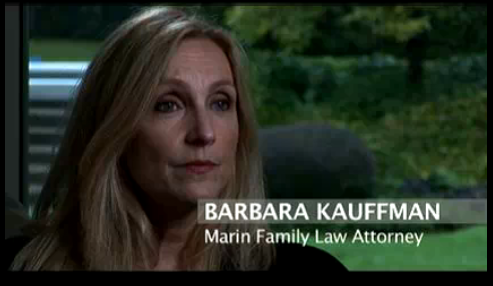 What’s the Definition of Law in California Family Court?

The reason for all the fuss in Marin County Family Courts is the same reason fuss is being raised all over the country. There’s a difference of opinion about the definition of the word ” law” in our family court systems.  Some think it’s a noun . Others think it’s a verb. Lucky for us, there are attorneys like Ms. Kauffman who know that it’s a noun and a verb.
Now, when all the other good family law attorneys find a way to have Ms. Kauffman’s courage, we’ll be in good shape…

From The Marin Independent Journal:

Oh, look what I found. In June 2007 I sent this e-mail out to members of the Marin County Bar Association and others, and it was later published in our little free Marin newspaper, the Coastal Post. I begged the Bar Association to step in and help clean up what was going on in the Marin Courts. Note that I suggest in the e-mail that lawyers cross examine mediators and make sure to get the mediation files. In 2009, after the audit was announced Judge Verna Adams (who presided over the May 21, 2007 hearing referenced below), Judicial Council Member Kim Turner, the Administrative Office of the Courts, and Marin Family Court Supervisor Leo Terbeiten blocked auditor access in Marin while working together to shred all the incriminating mediation files. What is of terrific concern is that the Marin Court — knowing of the misconduct of its mediators via the May 21, 2007 transcript and other complaints, has (according to the audit report) never disciplined the mediators, and is presently trying to discredit the audit by denying that any misconduct ever took place. Yes, I think a public hearing about the document shredding, the audit report, and the Marin court’s terrifically misleading response to the audit report should be sponsored by the Marin County Bar Association.

Most of you know me, I am a family law attorney in Marin County. I am passing along what I believe to be very important information for all family law practitioners in Marin, for all Marin parents in the family law system, and for our Marin County Bar Association President. I believe serious action is needed to fix the following problems:

What they are doing is getting the moving party’s custody motion from the court clerk when it’s filed, maybe meeting with the parents for an hour or two, and then making custody and visitation recommendations that are very heavily relied upon by the courts. What they are not doing is reading the court file, or even the responsive pleadings of the non-moving party. They are not checking for prior restraining orders or emergency protective orders. They also are not following, at all, the mediation complaint procedure mandated by local rules.

I was able to cross-examine Family Court Services mediation supervisor Leo Terbeiten and mediator Gloria Wu for 3 hours about these issues (their testimony is unbelievable) on May 21, 2007. As of today the transcript is a matter of public record. A copy can be obtained from the court reporter (Court Reporter Sue Fitzsimmons–re FL995107–her number is 473-6073) or it can be viewed by checking out the file. The document you will want is called “Respondent’s Documents Filed Re Marin Family Court Services”, filed June 19, 2007, and it has the transcript, the applicable Rules of Court about which Terbeiten and Wu were examined, and our colleague Bob Cleek’s correspondence with the court in the last month about problems with Family Court Services (including a terrific legal brief on the issues of excluding attorneys from mediation and charging $250 to cross-examine mediators).

As we all know, the courts almost always adopt the FCS recommendation. To make matters worse, FCS has taken a uniform position that lawyers are never allowed to attend mediation with their clients (despite Family Code section 3182, which indicates it is the rule rather than the exception to exclude attorneys), so we have no idea what the mediators are aware of, or what they are talking about or reviewing with our clients.

To make matters even worse, our family court presiding judges and administration are knowingly allowing all of this to happen, so the mediators are, of course, continuing to ignore the law.

If you spot a problem with a recommendation, it is therefore very important to cross-examine the mediators, look at their case files, and make a record. The fact is, our Marin mediators are essentially passing out children like playing cards in their recommendations, with no idea about the background facts of the case.

That brings up the next problem, which is that our local rules require payment of $250 for the “privilege” of cross-examining the mediators. That is prohibitive for many parents, especially pro pers (most of whom wouldn’t know how to subpena and cross-examine the mediators anyway).

Second, you should also be aware that the Marin County standard form of order appointing minor’s counsel characterizes minor’s counsel’s fees as a form of non-guideline, add-on child support, but neither the lawyers nor the courts are making the requisite non-guideline child support calculations/findings before apportioning the fees. Beware! What happened in a case I have is minor’s counsel had been appointed by the Court years ago (in 2001, before I was on board) and the county paid the fees. In January or February 2005 Judge Lynn Duryee (who was not assigned to the case) sua sponte issued orders without explanation, warning or a hearing, in this and apparently in 6 or 7 other cases, stating that this particular minor’s counsel could start billing the parents at his customary rate (but she didn’t apportion the amount of fees between the parents). His rate jumped from $65 per hour to $300 per hour, overnight, and then he raised it to $350. He unilaterally started billing the parents 50-50, notwithstanding the child support provision in the order appointing him and the huge disparity in the parties’ income and assets. He ran up a bill of $30,000 in an 18-month period, meeting with the child for just 90 minutes during that entire 18-month period. The mother wouldn’t pay the $15,000 he demanded because his fees had not been apportioned by the Court pursuant to Family Code section 3153. He then took the mother to court to force her to pay 50% of his fees (the equivalent of a full year of child support) –and got the order–never mentioning that the order appointing him characterized his fees as child support. Under Boutte v. Nears (1996) 50 Cal.App.4th 162 an order characterizing minor’s counsel’s fees as child support would appear to be improper in the first instance, but once characterized that way in a court order, it appears arguable that a proper child support analysis must be done in apportioning fees. In my case, I found out about the child support provision in the 2001 order appointing minor’s counsel too late to make this argument, and the court refused my request to vacate the 50% order and perform a proper child support calculation.

I hope you can use this information to protect your clients and their children.