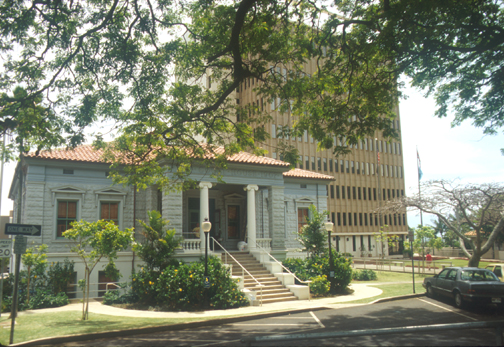 PRLog (Press Release) – Nov 21, 2010 – Wailuku, MAUI – At 8:00am on Monday, November 22, 2010, domestic violence survivor, Maria Styke-Marquez, will be walking into Judge Keith Tanaka’s Second Circuit courtroom where, according to documents filed by the perpetrator’s attorney, Mimi DeJardins, the judge will grant her abuser’s request to permanently relocate to Minnesota with the former couple’s 2 1/2 year-old daughter, removing her not only from the island of her birth, but from access to her mother.

The child’s father, Bruce Anthony Sotelo Jr., was convicted and held in jail for beating a pregnant Ms. Styke-Marquez so severely in 2007 that the 4 month-old baby she was carrying died as a result of the attack that left Ms. Styke-Marquez with a concussion, broken ribs, cracked teeth, a split lip and contusions all over her body.

The case has caught the attention of several state lawmakers such as House Human Services Chair, Representative John Mizuno (Kalihi) and Domestic Violence Survivor Advocate, Dara Carlin, who said she is absolutely outraged by the situation. “Domestic violence victims flee their abusers in full faith that the system will protect them and their children from further abuse and trauma once they’ve fled and laws have been put firmly in-place to ensure this. That a family court judge can choose to disregard and override a state statute that protects those at-risk is simply unconscionable” Ms. Carlin states.

Research shows that 70% of batterers who request custody receive it, leading to 58,000 children per year who are forced to live with their identified abusers.[1] Batterers are over 6 times more likely to sexually abuse their children.[2]

Financially devastated from the litigation her abuser has put her through, Ms. Styke-Marquez, unable to afford an attorney, will walk into the courtroom alone to face her abuser (who as recently as November 19th has a criminal contempt charge lodged against him), his attorney (who is also a Per Diem judge) and a judge who has already ruled against her and state statute. “My last and only hope to save my daughter is to call public attention to what’s going on and I’m not the only one this is happening to – I know so many other domestic violence survivors who have lost custody of their children to their perpetrators as well which only tells me that this is no small problem. I’m a protective parent, not a perfect one, and never tried to keep our daughter from her father so I can’t understand how this is being allowed to happen” says Ms. Styke-Marquez.

Contact: Dara Carlin at breaking-the-silence@hotmail.com or on Oahu at 218-3457.